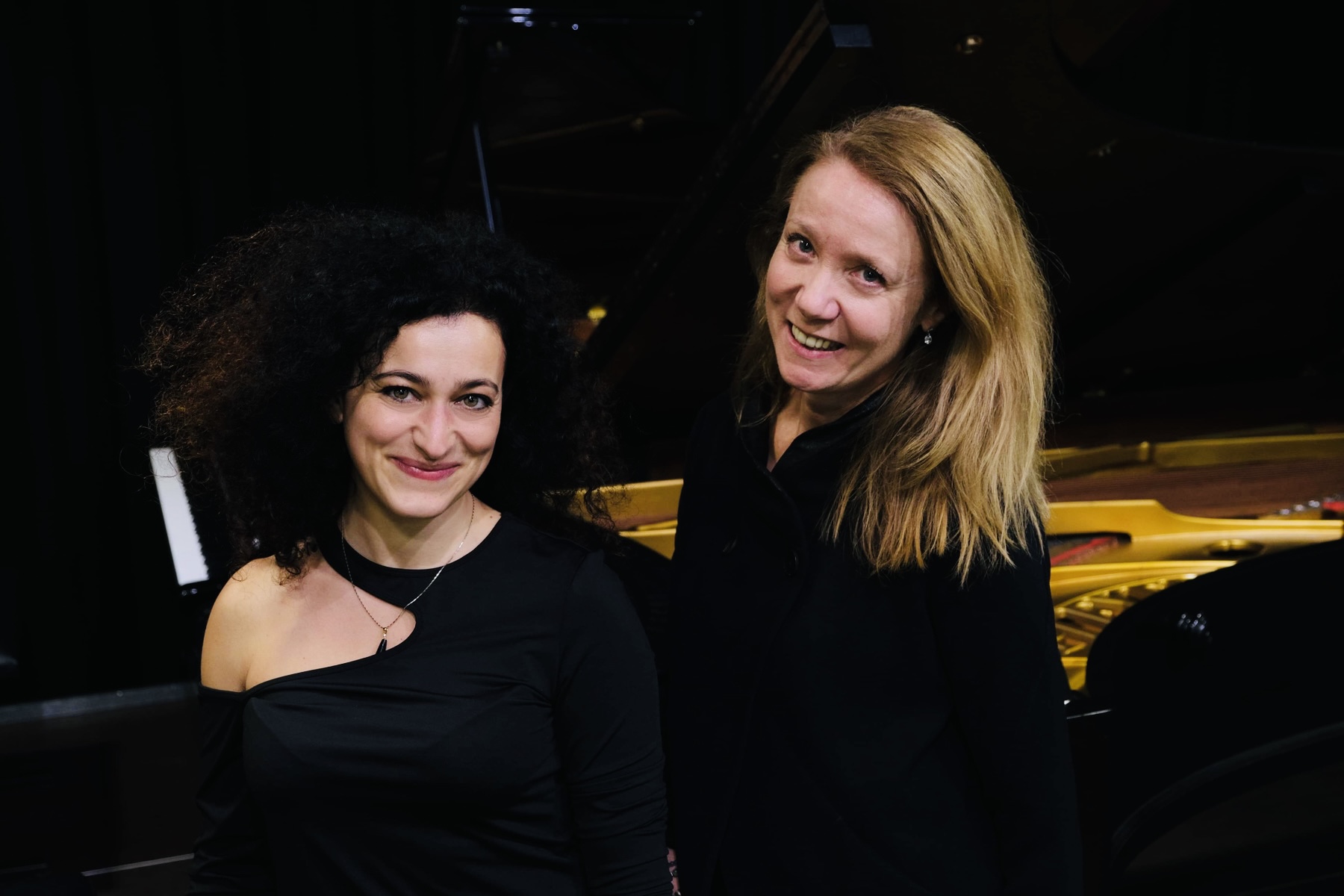 At the Château de Pourtalès, programs are not improvised.
…They are thought out and rethought, to offer the public rare gems from repertoires that have been performed so many times, seen from a perspective of novelty.Imagine by the Brahmsgesellschaft, with the participation of musicologist and specialist of Brahms and Joachim Dr. Valerie Woodring-Goertzen, the SymphonicPiano project by the four-handed duet led by pianists Patricia Pagnv and Giovanna Gatto enthuses us with its eclecticism.
Joachim, virtually unknown as a composer, has completely disappeared from the academic concert series.
The Brahms Association, whose aim is to pass on to future generations the musical heritage that has been lost, had asked that his Hamlet Overture be included in the general programme of its 21/22 season. The premiere therefore took place on 17 June in Baden-Baden.
The performers performed the project two days later at the Pourtalès in Strasbourg, thus allowing the audience of the castle to enjoy this brilliant work.
Together with Mozart’s Symphony No. 40 in G minor, one of the most listened-to works of our time, the challenge presented by the two pianists was considerable.Transformed versions opening up new horizons

What an amazing idea to offer the version of Mozart’s famous symphony for piano four hands transcribed by Carl Czerny, an exceptional pianist and composer living in Vienna during Beethoven’s time. This interpretation thrilled us to the point of surprise, so much so that the harmonies, even though they were written by Mozart himself, are more striking on a keyboard instrument than when played by a string and woodwind ensemble. Here, the chords are superimposed and are positioned in a more radical way. The paths of resolution of the dissonances are drawn by the clearer sound of the piano and thus have a different consistency. In this version, the harmony is fully imprinted in the constitution of the structure and the interpreters have made the 40th a masterpiece, drawing, here and there, the lines of the woodwinds, governed by a flawless harmonic connection which seemed to us to be renewed.The same impression, but even more diverse, was made by listening to Joseph Joachim’s Hamlet Overture, a work transcribed this time by Brahms, his close friend. A discovery! Unknown piece – even the greatest conductors do not have it in their repertoire -, and yet so rich, restoring so well the madness of the character; the duet knew how to show virtuosity, temperament, instrumental colour, through which it is obvious to find the timbred parts of the brass, trumpets, horns and trombones, in opposition to the refined woodwinds in counterpoint.

…and Brahms
A magnificent performance completed by two Hungarian dances by Brahms; and to close in beauty a piece by Ravel taken from the Rapsodie espagnole, also originally for orchestra and transcribed for the piano by the author himself. Everything is based on these programmes, everything is conducted with logic and in an atmosphere of unlimited creativity, much to the delight of music lovers who are used to concerts at the Chateau.
Great moments offered by the Leibrecht couple, always on the lookout for unusual and quality musical events.
– Eusebius mp

>> Read full article in French <<
Share:
© Giovanna Gatto 2021 - All Rights Reserved
We use cookies on our website to give you the most relevant experience by remembering your preferences and repeat visits. By clicking “Accept All”, you consent to the use of ALL the cookies. However, you may visit "Cookie Settings" to provide a controlled consent.
Cookie SettingsAccept All
Manage consent